I was tagged to do this by the wonderful KimsiangLim. I’m excited to do it but I always find something to like in everything so apologies in advance for that fact that my opinions are never harsh lol

1. A popular book or series that you didn’t like. 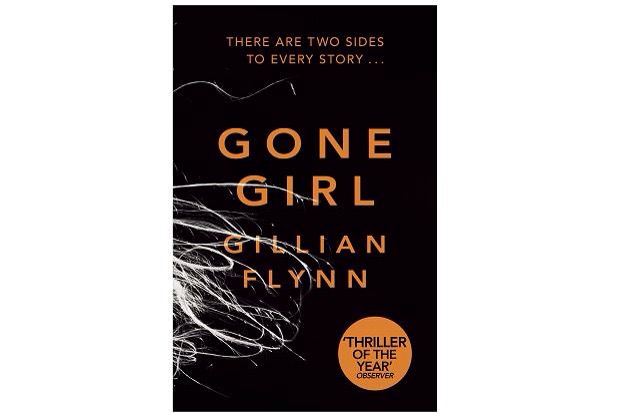 Ok so I’ll start off right away by saying I did actually like this lol. It’s only that within the first three chapters, I guessed what the twist would be. I then read the book eagerly to find out if I was wrong (I wasn’t) and was a little disappointed to find that I wasn’t at all surprised. This is just the way my mind works and the reason I don’t generally read thrillers but I did like the writing style and thought the characters were really well put together. It was just that with all the hype I had been hoping it would be the beginning of me reading this genre and it wasn’t…

2. A popular book or series that everyone else seems to hate but you love.

Twihard till I die. (The Twilight Saga)  I don’t get why everyone feels the need to hate on these books but I love them.

3. A love triangle where the main character ended up with the person you did NOT want them to end up with (warn about spoilers) or an OTP that you don’t like.

**Spoiler alert for anyone who has been living under a rock**

Gale was fitter, stronger, braver and actually suited Katniss. Fair enough she was never all that bothered on either of them but I always felt like everything with Peeta was forced on her through necessity and or guilt. And did I mention how fit Gale is? Because he’s so fit!

4. A popular book genre that you hardly ever reach for.

Basically anything set in the present where normal things happen. I don’t know what you’d call those genres but I love historical fiction and my heart belongs to all thing fantasy and sci fi but there isn’t enough escapism in realism for me lol

5. A popular or beloved character that you do not like.

Is she beloved? I have no idea but my gosh do I hate Catelyn Stark! In a good way because she’s written so well that I genuinely hate her passionately but it gets to the point where when I reach a chapter from her PoV in game of thrones and I won’t read on for days because I can’t bear to be in her company

6. A popular author that you can’t seem to get into.

I genuinely can’t think of one. Maybe I’m lucky and have never come across one but it’s probably more likely that I just wiped any such incidents from my mind.

I’m not saying I dislike alien based books. I love them. What I hate is when there’s some mysterious stuff going on and it builds up so much and you’re all wtf?! But then it’s aliens in that annoying ‘we don’t have to explain anything now because it’s aliens’ way.  This sometimes applies to ghosts too. And it’s like oh we don’t have to have a logical reason for anything anymore and we can make up whatever rules we want because… Aliens. No sir. Just no.

8. A popular series that you have no interest in reading.

I can honestly say I don’t have one and this is why; when Harry Potter was getting big I refused to read it because ‘it was popular’ there was a lot of hype about the release of the fourth book and I finally decided to give it a go and read a chapter.  The words ‘the boy who lived’ greeted me and I’ve never looked back. Then the Twilight books were ‘popular’ and I refused to read them. I even let someone tell me all the spoilers. Then I read them and loved them. So I vowed never to refuse something based on popularity again because funnily enough, it’s probably popular for a reason!

I enjoy them in such different ways that I find it really hard to say. I’d probably go with The Walking Dead because I love that show so much that I don’t read the graphic novels because I wouldn’t want to ruin the show (even though I know it differs massively anyway) if you don’t love this show yet you’re about to – seriously, watch it!

My nomination is for anyone who wants to do it! Let me know if you do because I’d love to read your answers ☺️ xoxo