I have noticed recently that a lot of books don’t have happy ending anymore. Even when they do there is often a bitter-sweet element to them. This got me wondering, what do I prefer? All in all I’d have to say happily ever after (at least for the main characters) I love the struggle and grief that takes place in stories of every kind but in the end I want my main characters to be happy. (And ideally in love). Is it wrong that I feel an ache when finishing a book if I’m leaving my characters unhappy? Personally I can only really make peace with a story if I know that they’re okay. What do you think?

Here are some examples of some of the most popular of each: **spoilers** 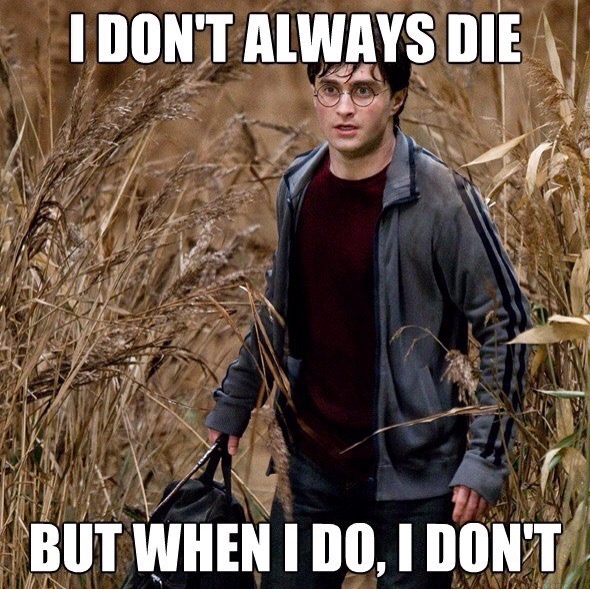 So Harry, Ron and Hermione made it and they were pretty happy in the long term ☺️ but boy did I sob when I read the chapter where Harry went to give himself up – I really didn’t trust that she wouldn’t do it for a little while there!

I actually think the movie gave a more satisfying ending than the book because I always wanted to know what would happen if they took on the volturi but in the end I was just hugely relieved that they all survived! If any one of them had died their soulmate would have been cursed to an eternity spent alone and I couldn’t deal with that!

The ending of The Hunger Games series did make me really sad when I read it but despite Katniss’ personal journey kinda ending up being for nothing, they did change the world for the better (possibly lol) and even if they didn’t I still enjoyed it (though she should have ended up with Gale in my opinion)

Oh wait yes you are Four. I hated the ending to this series. I hate Caleb, he should have died so hard. I personally didn’t even understand why she died, it wasn’t at all necessary. At least then I could have made peace with it. And did I mention that I hate Caleb?

I’d love to know what you prefer 😊 xoxo

22 thoughts on “Happily ever after or end of world disaster?”